Market Entry: 5 Considerations To Increase Your Probability of Business Success

What common predictors of success set apart prosperous market entrants, and how can you ensure a resounding market entry for your own company? 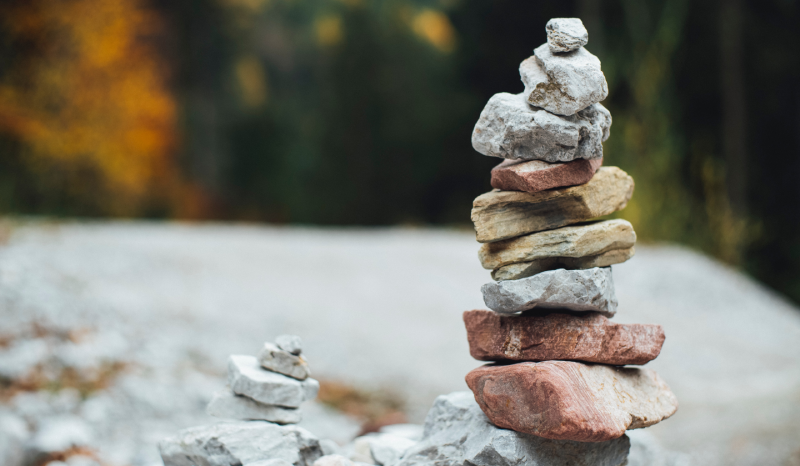 For every successful market entry, many will fail. Disappointments aren’t limited to start-ups, either; global multinational corporations can be just as prone to errors. Some executives are myopically reliant on established company views and fail to learn from the common predictors of success of previous market entrants. Others suffer from cognitive biases that lead them to believe their company is more relevant — or that their rivals are weaker, or the market larger — than in reality.

Focus on objective predictors of success

Market penetration is a crucial indicator of how effectively your market entry strategy is being implemented. Simply put, market penetration is the proportion of identified potential customers in your targeted niche that you have actually gone on to acquire.

If you are failing to meet your desired penetration rate, it might not only be because of a strategic issue with sales or marketing, but also perhaps because you have neglected to fully develop your market entry strategy in your rush to expand your potential customer base.

To calculate your penetration rate, you need to know your market size. Simply divide the number of customers your company has acquired by the size of the target market, then multiply by 100.

As a UK car manufacturer that has recently moved into the electric car market, let’s say you have sold 10,000 models of your new vehicle, while in the UK to date 301,000 electric cars have been registered to drive on our roads.

If your business is proficient not only at marketing but also at retaining clients and sales, you may face the interesting problem of having become saturated within your chosen market; that is, you will have hit the maximum penetration rate.

In order to continue growth you will need to expand the size of your prospective market.

Electric cars, accounted for just 2.6% of global car sales in 2019.
• Collaborating with a specialist manufacturer with infrastructure, planning and deployment capabilities and a proven record of successful market launches will increase accessibility for customers and boost demand drivers
• The lack of charging infrastructure could be one of the main barriers to customer and investor interest. So, developing innovative fuel cell technology could prove to be a point of difference to boost penetration in a crowded market
If a FCEV manufacturer wished to increase their penetration rate for their entry to the electric car market, they could start by selecting a vehicle model better suited to integrate fuel cell technology. For example, the demand for heavy-duty vehicles has increased significantly due to the increased global production volumes of transportable cargo. Rather than focus on consumers in the short term, electric car manufacturers might be better placed targeting their vehicles at corporate clients.

Understanding the size of a potential market generally entails categorising customers, then leveraging pricing and assumptions of elasticity to estimate the percentage of potential buyers per category whom the company may realistically capture. Two biases can distort these estimates, however:

1. It is a human tendency to be overly optimistic when considering positive outcomes that are yet to happen.
2. Executives may fail to sufficiently adjust estimates from an initial value, regardless of where it came from.

One particularly useful way of improving your estimates of the market size is leveraging the reference class of previous entrants as a benchmark.

Allied Market Research have forecasted the market share of various forms of clean energy across the total global renewable energy market. Based on figures from 2017 they forecast that the relative usage of each form of clean energy will remain the same by 2025, but that hydroelectric energy growth will rise considerably compared to other clean energies, becoming the obvious frontrunner in the clean energy market. 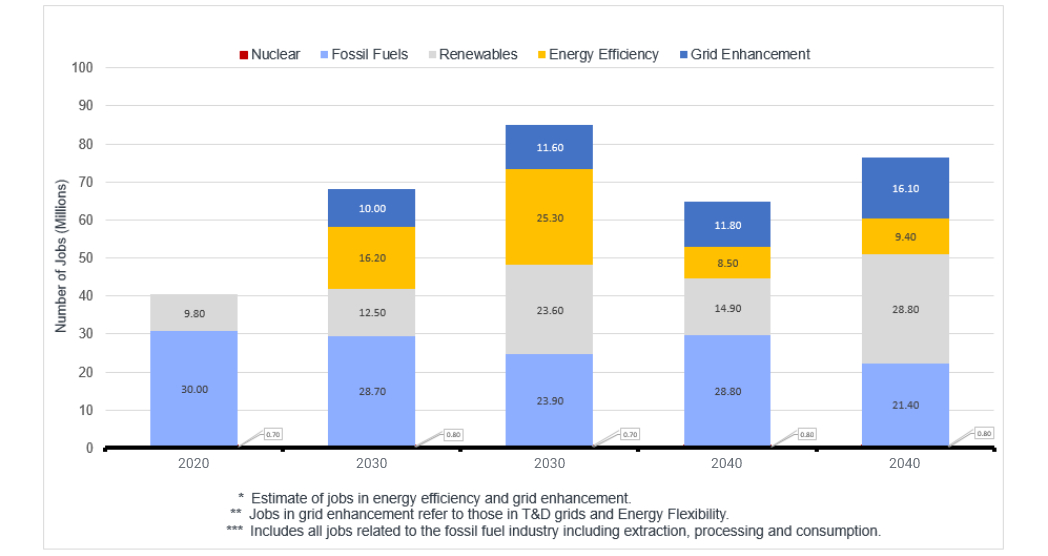 Behavioural profiling allows us to understand the character and traits that make up an individual’s behaviour. Understanding the way partners and competitors will act as a result of your organisation’s market entrance can mitigate the previously unknown risks of market entrance.

Because B2B markets have complex decision making units, your organisation will be talking with lots of different individuals, making it harder to segment your audience than in B2C markets, where businesses often profile the main purchaser of a family unit. There’s an argument for profiling the companies of your competitors or partners, alternatively you can profile specific individuals instead.

Sometimes key individuals have such a significant influence that they are considered a segment to themselves. If this is the case in your market you can create behaviour profiles for these key individuals to help you understand their potential decision making process.

Precise cost estimates can prove crucial in your efforts to create value. Yet so many businesses fail to arrive at cost estimates that have even a semblance of adequacy, and it’s usually down to the so-called planning fallacy, whereby executives underestimate the cost and duration of a given endeavour. Even a relatively routine process for an established and prosperous company can be devastatingly mismanaged if expenditures transpire to dramatically exceed those forecast.

If you are a market entrant and your reference class is sufficiently broad, it can negate the impact of the planning fallacy by affording you a realistic range of expenses associated with accruing various levels of market share.

Cost estimates significantly below those realised by the reference class should clearly signal to the decision-makers of your company that they need to exercise greater caution in the future.

For oil conglomerates, the opportunity to expand is continuing to become narrower at a rapid pace, due to ever depleting oil reserves and the competitive market landscape.

Neptune Energy has tackled this conundrum by transitioning away from oil-based energy to cleaner forms of energy, for which there is growing demand. Their PosHYdon pilot project, the world’s first offshore green hydrogen project, is part of their strategy to position themselves as a prominent figure in the clean energy transition. Their partnership with Eneco for this project means Eneco can supplement the project with data from its offshore wind farm, Luchterduinen, located off the coast of the Netherlands, while Neptune Energy can gain valuable experience of integrating working energy systems at sea and producing hydrogen in an offshore environment.

In addition, Neptune Energy announced in 2020 their support of the EU's hydrogen strategy by joining the European Clean Hydrogen Alliance. Initiatives and efforts such as this continue to pick up pace, due to public demand and the ambitious global emission reduction targets of the Paris Agreement.

This is just one example of how an organisation can leverage expertise and data to inform strategy. 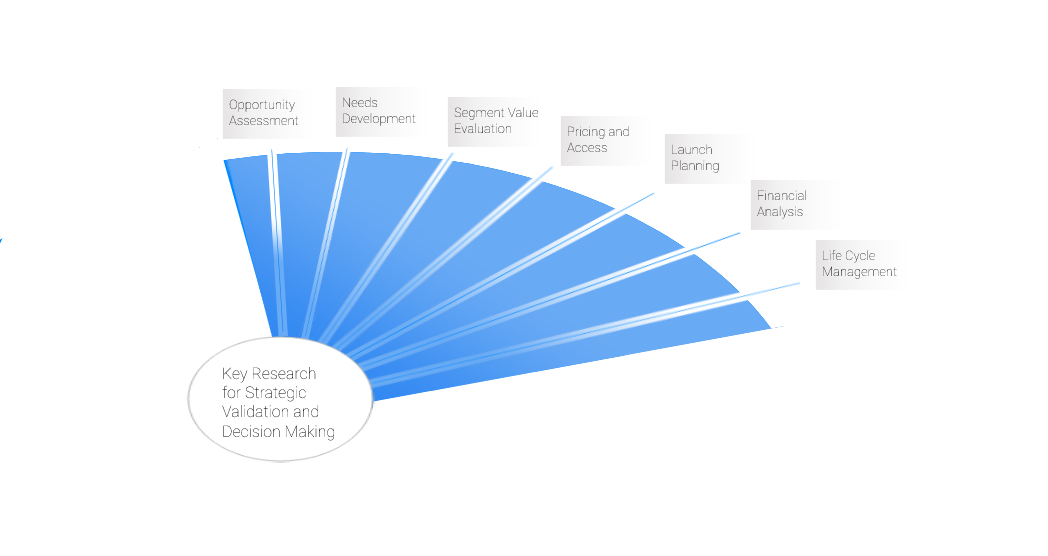 Only by continuously checking where you are with regard to both the market and the competition will you take a successful market entry and turn it into a longer-term prosperous business model.

Successful market entries often hinge upon the entrant’s scale relative to its competition, its capacity for leveraging complementary assets and — perhaps foremost — its timing. Moreover, the gravity and magnitude of decisions executed at the point of entry, encompassing diversification endeavours and geographic expansion, should prompt detailed analysis—even when you are winning.

How Our Service Works:

Tell us about your business challenge or a particular type of knowledge/expertise you require.

Within 48 hours we present a customised shortlist of Experts, specifically matched to your project.

Connect directly with selected Experts in whichever way works best for you.

We have used Pangea experts recently, in the context of Green Hydrogen, with very positive outcomes.

Head of Strategy and New Ventures

A fantastic way to ensure our market position remains strong in a highly competitive market. Pangea SI’s telephone consultations were very helpful. Our experience of this way of professional learning has been extremely positive.

I very nearly didn’t give Pangea SI a shot and to be honest I had few initial expectations. I was positively surprised that they were so on my wavelength. They delivered a really high-quality solution to me exceptionally quickly - it was really easy from my end and the results of our partnership have been very positive.

Pangea Strategic Intelligence found us excellent experts for our U.K. market entry project. They quickly covered all the angles in our brief – regulatory, market analysis and hardware.

They have been incredibly supportive throughout our international expansion and helped us to grow our leadership teams in USA, Turkey, Germany, UK and Ireland.

"Pangea SI is the only platform dedicated to helping businesses access the information they need to accelerate their decarbonisation and energy transition initiatives in an economically viable way."

Some Companies We Have Helped

Do you want to ensure success with the market you are planning to enter? Connect to an expert to improve your results.

Connect to an Expert
×