Mike Callis
The energy transition over the next 30 years will require a lot of solutions to integrate with each other and compromises to be made.

Hydrogen’s growth is just one area that shows people are taking climate change more seriously. That is a positive change across the board. It is the standout area by far for decarbonising human activity on this planet.

About the Episode: In this episode, the Pangea SI Expert provides a comprehensive overview of electrolysers, the three main electrolyser technologies being used at scale today and an outlook of hydrogen production in the future.

About the Pangea SI Expert: With a career spanning 30 years in the energy and chemical sectors, this Expert has held various international leadership roles for over 10 years, and received several European Business/Technology Innovation awards.

Q: Can you give me a sense of your perspective on why hydrogen is so exciting at the moment?

Pangea SI Expert: I think hydrogen is one of the answers to one of the biggest problems we’ve got right now in the world, and that’s global warming.

We need to decarbonise, and that means fuels such as hydrogen will be a big part of our future.

Q: Can you describe in very simple terms, for the people listening, how an electrolyser works to make hydrogen?

Q: What are the main types of electrolyser being used at scale today?

Pangea SI Expert: There are three:
1. The most traditional technology is an alkaline electrolyte technology which has maybe tens of years of usage in the chlor-alkali business – to make chlorine from salt solutions and things like that and then that chlorine goes into plastics in the petrochemical industry. That’s also now being used to make hydrogen.
2. The second is referred to as PEM, some people will say ‘polymer electrolyte membrane’, others will say ‘proton exchange membrane’ – they’re the same thing. It’s a modern electrolyser technology and relies on a flexible polymer electrode membrane.
3. The third technology that’s being used at scale today is called ‘solid oxide electrode’, ‘SOE’ you’ll hear people say, some people say ‘HTE’ (which stands for ‘high temperature electrolysis’). I suppose it’s the youngest of these three technologies but it’s catching up fast.

Q: What are the unique features of each of these three technologies, what makes them different from each other?

Pangea SI Expert: The alkaline electrolyte is popular because simply people know it. It’s been around for years. People can say, look at my electrolyser, this ones been running for 10 or 20 years, look how reliable it is, and that’s a real plus – the fact that it’s got a proven track record. They are also cheap to build. So, advantages in terms of low capex and good reliability track record – a proven technology.

The polymer electrolyte membranes are a little bit more expensive to build. We are using a sophisticated polymer, there’s not so many people around the world who make it, but their real advantage is their very fast ramp up and shut down times. So if you are wanting to have the electrolyser cut in and out as part of an electrical load management system, where it’s able to start up when your photovoltaic power system is running high or suddenly there’s a lot of wind and you are generating lots of electricity, the PEM system can ramp up and shut down and follow the electrical load as it comes and that’s a real plus.

The third type, the solid oxide electrolyte, the SOE, has got some very interesting characteristics in my opinion. Firstly it’s reversible, so the electrolyser can also work as a fuel cell. Also it consumes steam, instead of water for the electrolysis, and the steam is obviously hot, so that means a lot of the energy that the electrolyser requires is coming from steam, not electricity – about 30% which means we can make 30% more hydrogen for the same amount of electricity. In many industries, steam is quite abundant and quite cheap, certainly a lot cheaper than electrical power, and this is a real advantage. The other big step difference, the other big reason that SOE is so different to the other electrolysis technologies is that it can produce syngas. Hydrogen (H2) is a pure gas. Syngas is a mixture of hydrogen and carbon monoxide (CO). Some people want hydrogen as an energy vector, for whatever reason on a refinery, some people want syngas because it contains carbon monoxide which can then be used to produce other chemicals. So it’s a flexible technology that can actually be the starting point of a power-to-liquids scheme, so we can make aviation fuel and we can synthesise aviation fuel, aviation gas, gasoline, diesel, jet fuel, etc. We can synthesise it on an electrolyser using electrical power and that really opens up so many options for the SOE technology.

Q: Would you like to talk a little more about electrolysis being used to make chemicals other than hydrogen?

Pangea SI Expert: CO is a starting point in various different chemicals such as methanol. Methanol is also being used increasingly as a liquid fuel, in the marine industry for example. We’ve been burning heavy sulphur bunker fuels for a long time and some ships are now converting to methanol because it burns very very clean. And methanol is a liquid, you can pour it around, just like you pour gasoline and diesel, so it’s very popular. So the SOE technology can be the starting point for things such as methanol and once you’ve got methanol you can then use chemical synthesis to produce all sorts of other polymers and plastics and chemicals.

Q: What role do you see electrolysis playing in hydrogen production of the future?

Pangea SI Expert: Hydrogen can be produced from catalytic thermal technologies such as steam methane reformers or auto thermal reformers. They’re quite similar – really big pieces of equipment costing millions and millions of euros. They consume natural gas which flows through a catalyst at very high temperatures and out comes hydrogen or syngas which is then refined either to produce carbon monoxide and hydrogen or the are optimised selectively towards the hydrogen. This is a very established technology, operated at scale hundreds of plants around the world. At present, 95%, maybe 98% of the world’s hydrogen is produced in this way, but electrolysers are catching up. The big difference that electrolysers have versus a steam methane reformer is that they consume electrical power and water to make the hydrogen, whereas the steam methane reformer relies on a fossil fuel. It relies on natural gas. Or some of them consume Naphtha, a refinery product, but again they’re linked to fossil fuel sources.

Q: What’s the difference between an electrolyser and a fuel cell?

Pangea SI Expert: Fundamentally the technology is very similar. Basically, we’re going in different directions. For the electrolyser, we put in the electrical power and we get the gases out – both the hydrogen and the oxygen, or in the case of the SOE the hydrogen, the carbon monoxide and the syngas. The fuel cell, which is what we have inside a car for example, so a car if it’s a battery electric vehicle it has a lithium ion battery, maybe it’s a hydrogen powered vehicle, i.e.- a fuel cell vehicle, an FCEV (fuel cell electric vehicle), a fuel cell electric vehicle contains a fuel cell and it’s actually like an electrolyser but it operates in reverse. Instead of feeding it power and getting gas out, we feed it gas and get power out, then the power drives the wheels in the car or in other schemes we can say let’s store hydrogen (as molecular storage of energy is very efficient) as a gas and then when we need to boost the electrical power grid, we suck that hydrogen into a fuel cell, we produce electrical power and then we can use that for peak shaving in the electrical demand.

For example, during the day when wind and solar is abundant, we can produce hydrogen on the electrolyser. During the night, when the sun is not shining and the photovoltaic system, the solar power system is not working, we can draw that hydrogen back out of storage, put it through a fuel cell and then produce electricity that we need and when there’s no wind blowing or sun shining. So the fuel cells are very important for mobility applications today, such as trains, in land shipping, even ocean-going shipping, cars, buses, heavy trucks, garbage trucks – that’s where the fuel cells are being used today – and increasingly they will be used in power management systems as well.

Q: Does the electricity powering an electrolyser need to come from renewable sources?

Pangea SI Expert: No, the electrolyser can run on any kind of electricity, it’s pretty agnostic in that sense, but think about this, what we’re trying to do here is decarbonise – the end game is 2050 net zero CO₂ emissions. And if we want to achieve those decarbonisation goals, we want to meet our global warming and CO₂ emissions targets, then we do need to be feeding the electrolysers with renewable electricity. And there’s actually an interesting question here: how renewable is renewable? How green is green?

If I’m going to call this hydrogen “green” hydrogen, who’s to say it’s really green and that it’s not blue or brown or some other strange colour. In Europe we’re quite fortunate that we have a programme now called CertifHy, and that defines what it really means to be producing green hydrogen from, for example, renewable electricity, or other decarbonised and low CO₂ emission sources.

“A decade ago, I was very concerned about climate change and what the world would be like for future generations. Seeing how low-carbon hydrogen has been embraced at a political level and is being used at scale in the energy, mobility and industrial sectors gives me tremendous optimism for the future.”

Expert Bio:
Expertise in hydrogen and the broader industrial gases industry, with 30 years in the sector, having served as the Global Head of Specialty Gases, which covered a range of products including hydrogen and hydrogen electroysers.

✔ For 4 of those years, Expert was the global head of a product division, which included hydrogen.

✔ 11 years’ experience in Germany with a leading Gas and Chemicals company.

✔ Expert has consulted for PE companies on several M&A deals (including the Linde / Praxair merger), and regularly advises investors interested in the industrial gases space.

✔ Expert is a member of the H2 View and gasworld editorial advisory boards and frequently researches and writes trade journal feature articles in industry publications.

Simply provide your details, to get connected to this Expert.
Tags: Expert EmbeddedHydrogenPSIPodcastSector Decarbonisation

Tell us about your technical and commercial challenges so we can connect you to leading experts who can help you to achieve more. 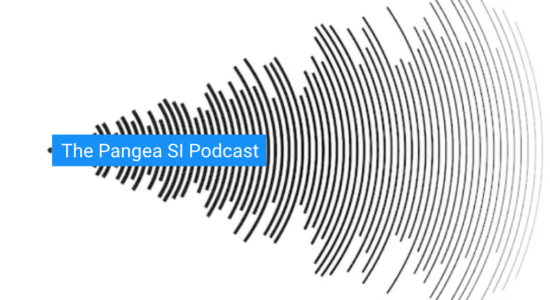 Ep #8 – How To Innovate Effectively and Using Expert Networks

Ep #8 – How To Innovate Effectively and Using Expert Networks (Preview)

Ep #5 – The Importance And Sustainability Of Industrial Lubricants