Bio-LNG As A Promising Renewable Fuel

Bio-LNG is proving to be a valuable new renewable fuel consideration.

Following the difficulties that were encountered as a consequence of the Russia and Ukraine conflict, it has become clearly paramount for countries to consider renewable fuels that would in turn avoid reliance on Russia for their fossil fuels. A realistic option that is becoming increasingly popular is bio-LNG.

Bio-LNG is a more recent venture that shows promise in becoming an integral part of the renewable fuelling behind long-haul transport and maritime cargo transport. The first plant was created in Amsterdam as a joint strategic partnership between Nordsol, Renewi and Shell in October 2021. Since then, it has been producing a projected 3.4 kilotons of bio-LNG per year, capable of covering 13 million kilometres on the road.

When it comes to options for sustainable fuelling in the transport sector, bio-LNG is very promising. While hydrogen and electric power is or will be capable in the future, as the technology continues to develop, bio-LNG is able to work straight into the pre-existing LNG infrastructure as they both hold a similar chemical composition. This means that there is not the inconvenience and expense of changing/adapting whole machines to work from a new renewable power supply, with an added bonus of machines being quieter when using bio-LNG.

Without the need of any changes from pre-existing LNG infrastructure/transport and the growing need to become more environmentally friendly, bio-LNG is going to be the most convenient and seamless change that can be done to do that. A benefit of this is that bio-LNG can grow to be just as big as LNG already is without as much of an investment as entirely new technologies may demand. Consequently, we can consider an investment in LNG infrastructure equivalent to a bio-LNG investment.

The unfortunate part of bio-LNG is that the capabilities of the refinement technology can only go so far meaning that not every impurity is able to be filtered out. As a consequence of this, the engines or generators that use this fuel will often require maintenance to fix corroded metals or blockages.
In addition to this, because the process relies on bacteria to digest the waste, there needs to be a steady temperature of 37oC to maintain optimal fuel production. This means that if there would need to be production in a colder climate, there would need to be a way to create heat energy to do this or to avoid building these plants in colder places entirely.

Bio-LNG, while rapidly growing, is still in its early stages. Many governments and organisations worldwide have seen the value of its uses and benefits and have made their own investments:

Uses Of Bio-LNG And Its Future

Bio-LNG has been mostly operational in the transport sector with both the road freight industry and the maritime cargo industry. Combined, these industries account for 12% of carbon emissions, being able to cut this down would be a big step towards net-zero.

With recognition from the EU as an important tool to reduce methane emissions, bio-LNG is predicted to become a much bigger product. In fact, between 2020 and 2021, the amount of bio-LNG plants in Europe doubled while its production rose from just over 100 to over 500 tons per day. In 2022, production rose again to nearly 950 tons every day. This suggests that the last 2 years has shown a near 800% increase in demand for bio-LNG as a fuel source.

The transport sector have an urgent need to become more sustainable due to various plans and policies being put into place, a demand that will only grow as more transport is needed. To keep up with this demand, it is important to consider whether there will be enough to supply.

In Europe, there was a production of 20TWh despite the technology being in early days. It is expected that by 2050, there will be the capabilities to produce around 1170TWh which will be twice the amount needed for the predicted demand in 2050. The research around this shows that agriculture and waste will be able to supply these capabilities without an issue with proper use of the circular economy.

A lot of production in the modern day comes with the unfortunate by-product of generating a lot of waste. This waste often occurs from hazardous chemicals and inefficient plastic recycling systems that disrupts a circular enconomy. The production of bio-LNG, on the other hand, operates with a circular economy. This means that there is nearly no waste within the cycle between supply, consumer and production.

The cycle itself involves the plant creating recycled nutrients and fertilizers that can be returned to agriculture, which goes to stores and ultimately to consumers. Bio-LNG is also created which is used by the industry with much lower emissions and to consumers again. The consumers and agriculture create the biowaste, the sewage and manure that goes right back to the bio-LNG plant that starts the whole cycle over again.

This circular economy is widely beneficial to the agricultural economy as it provides the fertilizers and nutrients that help them grow, to the various industries needing power and any other current and future consumers. All the while, the plant makes the air cleaner, the roads quieter and gives waste a purpose. 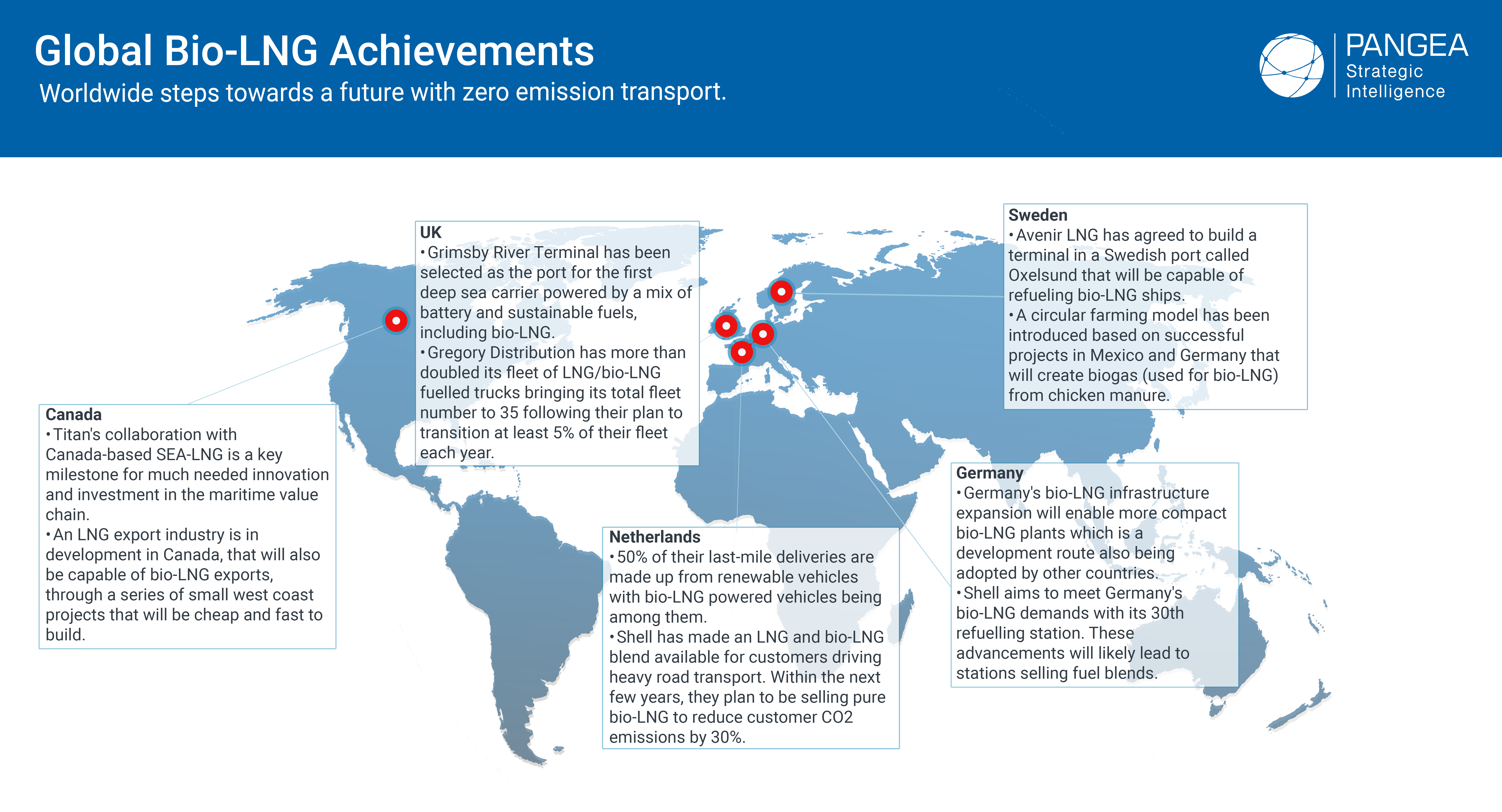 ✓ What is the future regarding net-zero policies on an international range?
✓ What can be predicted in terms of trends of demand for bio-LNG?
✓ How can bio-LNG be implemented into your business?
✓ What is the best process for initiating a project in bio-LNG? 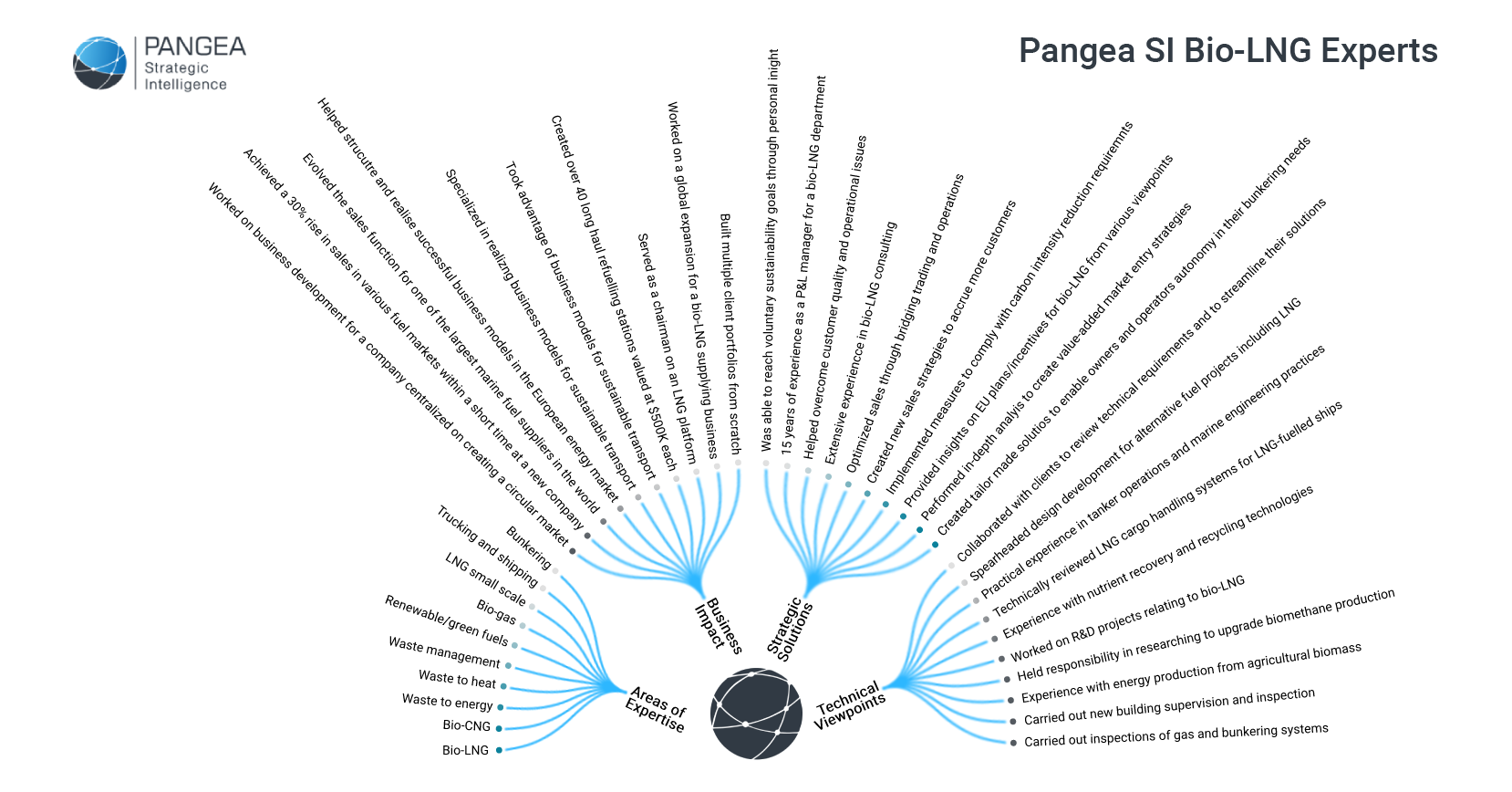